Save for Later. About this Item Language: English.

Brand new Book. Warning, these tales are not for the faint of heart or those offended by vulgarity and murderous clowns!. About this title Synopsis: The Day the Circus Came to Town and other short stories Visions of a circus are usually fun and exciting, but to some people, with the fierce animals and rampant phobias of clowns, the excitement can easily be replaced with terror.

Store Description Book Depository is an international bookseller. We ship our books to over countries around the globe and we are always looking to add more countries to the list. We really, really love books and offer millions of titles, currently over 10 million of them, with this figure increasing daily. Living by our motto, 'Bookseller to the World', we focus on offering as many titles as possible to as many customers as possible. Most of our titles are dispatched within 2 business days of your order.

A man could, but what was James? The long rides were the worst part of this job, his boxcar was vaguely provisioned, tasted like burnt oranges and was always cold. Whenever they traveled through the mountains it was frigid inside and all they were given was a blanket to keep warm. Regardless, he was here now, and high time to get the job done, time to stop taking the abuse and do what he needed to do; kill The Captain, take his share of the money and run away to the vanilla forest to live like a human being, like a man.

Last time, Pinney tripped, hit her head on the metal handrail and busted her skull open. James remembered how fantastically white the skull looked underneath the bleeding flesh.

The Captain had refused to provide Pinney treatment; he liked the fact that she would develop a hideous scar. Pinney suffered for a long time after her fall, she had breathtaking headaches and her skin turned green and tasted like limburger cheese. James took care of Pinney for an entire month refusing to perform until he knew she was better. The Captain would beat James with a bullwhip regularly for refusing, but The Captain was powerless in hurting James. On top of being enormous, powerful, and covered from head to toe in long brown hair, he was also extraordinarily tough.

They called him a freak. James took in the night air with a smile. Tonight was the night he was going to be human. James stepped in the lavish boxcar. There was fruit on the table, a half downed glass of beer, and the fatty part of a steak still leaking amber juices on a plate, but the room tasted oddly like yeast. A pale light flicked form the candle on the far end of the ornate room.

James peered into the candle light. Poor James took a bullet in the chest. No matter, there was no pain within him.

When the Circus Came to Town

As James observed The Captain struggle and wiggle in his meaty, simian hand, he suddenly and without warning, released his grip. A new feeling, a human feeling flooding within… sorrow and sadness for The Captain, breaking his new freakish and human heart, and it was then that James did the strangest thing.

He kissed the choking Captain. As the light of the day dappled the forest floor, James took a deep breath and tasted it, vanilla…and freedom. Pinkie and I bundled up in scarves and sweaters and made our way over to the depot to watch the train pull in. You sure you want to go over there tonight? I want to see the elephants on the train! How do they get elephants on a train, anyway? But she got better. That should be the best part.

The train crept along the tracks, animals and performers spilling out the windows.

telling the story god is writing for my family

Clowns walked alongside, doing backflips and cartwheels, honking pocket horns. After the caboose, came the elephants. There had to be seven or eight of them, each with a handler carrying a long stick. They walked single file, swinging their large trunks and tiny tails. One handler wore a half barrel around his neck, filled with watermelon slices. The last elephant in line was by far the largest. As the handler presented the watermelon to the elephant, she swatted his stick away.

The watermelon man, as stunned as the rest of us, prodded her with his stick. She brought her front legs down with a thud, picked him up with her trunk and slammed his body to the ground. She bleated once more, long and slow and sad. Faster, better handlers than the watermelon man lassoed her neck and pulled her from the railroad tracks into an empty field.

It seemed like she knew what was coming. Surely she could have. My heart beat so fast and hard I wondered if anyone else could hear it. Pinky clutched my arm. We had to fight our way through the crowd, as looky-loos crushed their way back toward the horrific scene. I told her about the elephants. Pinky never did want to talk about it, but she kept that flyer, all folded up, in the top drawer of her dresser. Late July in northern California is always pleasantly scorching. We spent most of our days playing outside, scaling the massive clay hills, having rock fights, and exploring the area along the creek where the Maidu Indians lived until the white man came.

We played on the big rocks where there were deep holes the Indians used as pestles to grind acorns.

What happened when the circus rolled into town? Tell us, and you might get published in WD

When night fell, we were called indoors by our mother, forced to eat dinner, take a bath, and get ready for bed. But on one Friday night, the circus paraded into town and set up their enormous red-and-white striped tent in the field, between the clay hills and the former home of the Maidu. There was even an Indian who stood at the side of the tent, his arms folded across his bare chest. 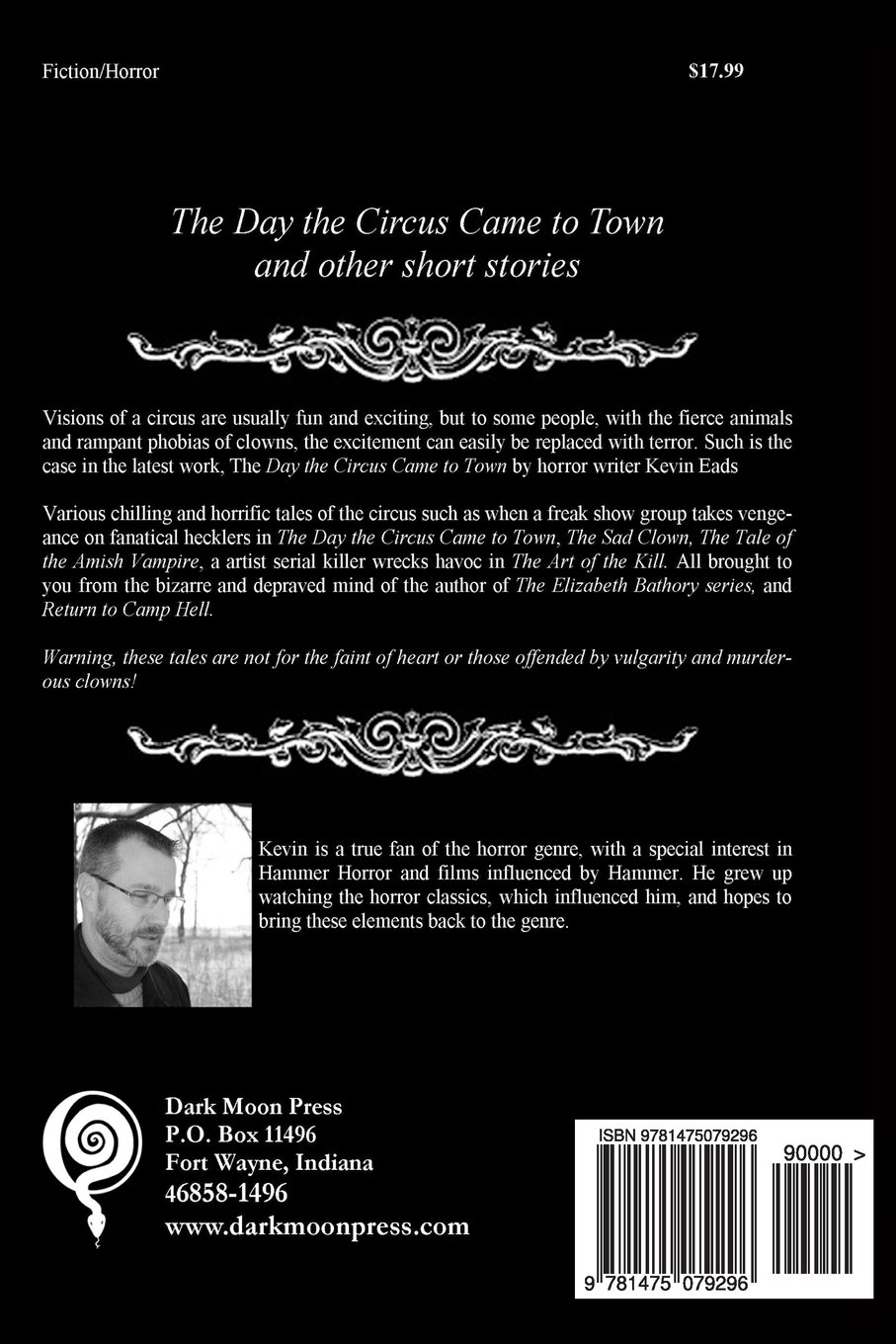 A single long white feather stood tall at the back of his head, held fast by a simple leather thong tied above his brow. Above it all swung the trapeze artists. On the second night, I sat in the bleachers inside the tent, lost in the rapture of warm sawdust and salty popcorn heavy in the summer air.

I sat in the front row between my dad and my brother, the fluff of pink cotton candy in my hand forgotten.


The trapeze artists swung and swung, two men and one woman. The men hung upside down by their knees, swinging back and forth, higher and higher, in greater and greater ever-expanding arcs of speed and frenzy.

Finally, the woman let go of the man who held her wrists. She curled her knees into her chest and sailed into the air, higher and higher, so high I feared she would hit the very top of the faded, dingy canvas tent. Her long blond hair whipped through the air as she spun in a ball. Then she exploded her body into a straight line, thrust out her arms, and locked hands with the man swinging on the other trapeze.

But their timing was off. Most of us jumped to our feet.

Many of the women screamed and covered their eyes or the eyes of their children. The Ringmaster rushed forward, as did many other members of the circus. They crowded around the fallen woman, and I leaned side to side, desperate to see. I watched the Indian stride from his place in the shadows at the side of the tent and into the center ring. He eased his way through the circus family, and knelt by the woman, who still had not moved.

Silence filled the warm tent. Between the Ringmaster and the Strong Man, I could see the Indian kneel and place one hand on the fallen woman. The Indian closed his eyes and raised one hand to the sky, somewhere above the tent. His deep voice filled the air, his words a mystery to my ears.